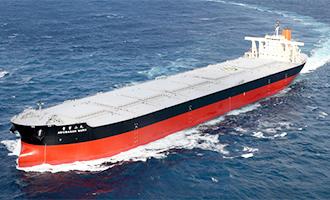 With the cooperation of Yanmar Co., Ltd. (President: Takehito Yamaoka; Headquarters: Osaka City, Osaka), we installed SCR systems on the vessel to be operational from its delivery in December 2013. Since then, the systems have been operated for more than 1,000 hours of testing each.
Fuel for the power generators being tested was selected to match the type that would be available in Emission Control Areas (ECAs) (*) and would meet future reduce sulfur regulations as well. The systems were evaluated during normal generator operation under normal steaming conditions and under estimated future stricter regulations. Their efficacy was duly confirmed.

These operational evaluations will continue for two years, and we plan to conduct tests with C heavy fuel oil (HFO) as well.

This initiative reflects MOL's effort to prevent air pollution as one of the environmental strategies in its single-year management plan RISE 2013. The company takes a proactive stance in introducing various technologies that will reduce the environmental burden of its business activities. 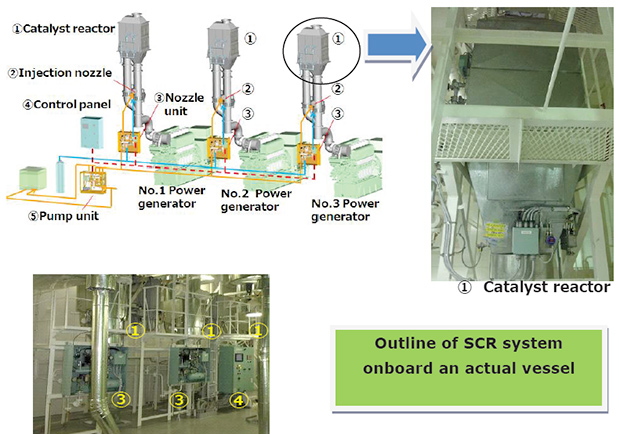 Outline of onboard SCR system and details of test operation

*International Maritime Organization (IMO) Tier III regulations
The International Convention for the Prevention of Pollution from ships, MARPOL Annex VI regulates NOx emissions from vessels. If all goes smoothly, the diesel engines used on vessels built after 2016 will be required to reduce NOx emissions by more than 80% from the Tier I NOx emission standards in the Emission Control Areas, including North America.