The MOL Group has conventionally aggregated incidents and problems data reported by its operated vessels to "visualize" safe operation. And from now on, the group will develop more effective measures to prevent incidents and verify the effects by analyzing correlations and causal relationship of data from multiple sources (for example, operation data, crewmember data, vessel inspection data, and so on). In addition, it will build a new analysis method using the text mining function (Note 3), for some elements of unstructured data (Note 4), such as near misses gathered from crewmembers.

Prior to this analysis, the group held a three-month trial starting in July 2017 and built analysis models that verify causal relationship of information on crewmembers, such as downtime problems and years of onboard experience.

The MOL Group continually uses and applies ICT technology in a proactive manner, with the aim ensuring safe, stable cargo transport and becoming the world leader in safe operation. 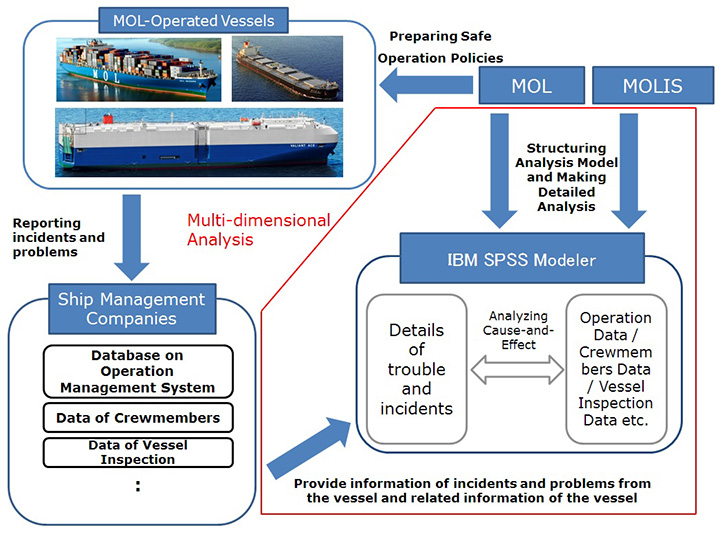 Multidimensional analysis of causes for incidents and problems