TOKYO-Mitsui O.S.K. Lines, Ltd. (MOL; President & CEO: Junichiro Ikeda) today announced that its "Tonde (fly and) cruise to Kyushu, - Around-the-Kyushu -", which were planned and offered by its group company Mitsui O.S.K. Passenger Line, Ltd. (MOPAS; President: Naohiko Yamaguchi; Head Office: Minato-ku, Tokyo), won the Award of Excellence in the "Cruise of the Year 2017" awards sponsored by the Japan Oceangoing Passenger Ship Association (JOPA). The awards recognize inventive approaches by cruise lines, travel agencies, and others in creating new travel experiences that contribute to the expansion of Japan's cruise market. This year marks the 10th anniversary of the awards.

The "Tonde (fly and) cruise to Kyushu, - Around-the-Kyushu -" was planned as a cruise traveling to all seven Kyushu's prefectures in one voyage, which is a first in the cruise industry, in cooperation with related organizations to convey the attractions of Kyushu which is still on the way to recovery from a succession of natural disasters. It departed from and arrived at Hakata Port, and cruised to Beppu, Miyazaki, Tokunoshima, Kagoshima, Misumi, and Karatsu.

The cruise won high regard as a theme cruise for its wide variety of offerings that combine cruise with other means of transportation such as airplanes and trains based on the theme "Kyushu as one," and meal services that allow passengers to enjoy autumn delicacies from each of Kyushu's prefecture onboard. Additional factors that led to the cruise receiving this honor include the broad promotion of the cruise vacations as a driving force of tourism in Kyushu, and its great contribution to increasing the popularity of cruises in general.

JOPA presented a commemorative plaque to MOPAS at the awards ceremony on December 19.

The MOL Group continually develops services for the customers to travel in the comfort of our passenger vessels. 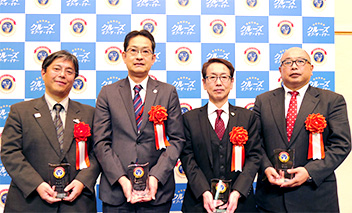 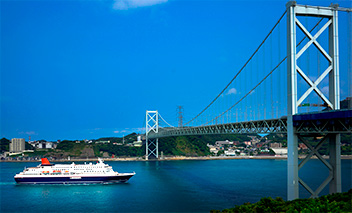