The project focuses on control of the steering gear, which is one of the most critical elements in handling a ship. The system will be installed on a very large crude carrier (VLCC), which is under construction at KHI and slated for delivery to MOL. It is intended to develop KHI-made steering gear equipped with sensors that monitor pressure, flow rate, temperature of hydraulic oil, consumed power and so on, and high-speed data acquisition system that has a large storage capacity. The high-speed data acquisition system collects not only data from the steering gear, but also other various types of data, such as vessel speed, course, engine load and rudder angle, during a voyage. In-depth analysis of this data will lead to improvements in vessel reliability and energy-saving operation. The project is expected to complete by end of March 2021.

MOL views the project as an important step in developing the future "intelligence function equipped steering gear," which will contribute to improvement of the vessel's reliability, improvement of maneuverability, and energy-saving operation more than ever.

This effort is a part of MOL's technological development initiative, the "ISHIN NEXT - MOL SMART SHIP PROJECT." The company will leverage the knowledge and know-how gained through the development process for various ship types, as it takes a proactive stance in adopting the Internet of Things (IoT) to enhance safe operation and reduce vessels' environmental impact. 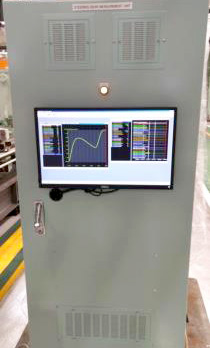 High-speed data acquisition system to be installed on the vessel 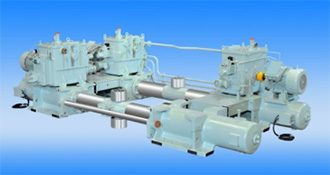 Same type of steering gear to be used by the project