Mitsui O.S.K. Lines, Ltd. (MOL; President & CEO: Junichiro Ikeda) today announced that it was received a letter of gratitude from Japan Sports Agency Commissioner Daichi Suzuki for its contributions to the "Surf for Smile" project(*1), one of the government's "Sports For Tomorrow" (SFT) initiatives.

SFT is a Japanese government-backed international contribution project based on sports, announced by Prime Minister Shinzo Abe when the International Olympic Committee (IOC) Assembly named Tokyo as the host city for the 2020 Summer Olympics and Paralympics. The project focuses on over 10 million people in 100 countries, aiming to promote the benefits of sports to people of different generations.

In May 2017, MOL took part in the "Surf for Smile" project, providing ocean transport of about 100 surfboards donated by the Ichinomiya-cho Surfing Business Union in Chiba Prefecture, Japan, to the non-governmental organization Surfers Not Street Children in South Africa. The organization is founded on the idea that children who can experience the fun and excitement of surfing will live happier, more rewarding lives, and be less likely to turn to drugs or violence.

The "Surf for Smile" project is the second time MOL has contributed to an SFT program. The company provided ocean transport of SFT-donated sporting goods to Ghana in 2016(*3).

As a good corporate citizen, MOL continually engages in projects that further the UN's SDGs, while leveraging its global transport network to promote worldwide economic growth.

(*2)Sustainable Development Goals (SDGs)
The 17 goals for "transforming our world" to be achieved by 2030 were adopted at the United Nation General Assembly in September 2015. They identify global-scale priority issues such as poverty, hunger, education, climate change and measures to promote a peaceful society, while calling for global action by governments, corporations, and society toward a series of common goals and targets. 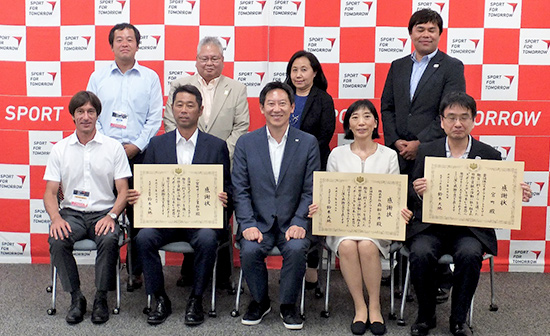