The LNG Schneeweisschen features two new technologies - the slow-speed two-stroke engine (X-DF) made by Winterthur Gas & Diesel, which can run on natural gas, MGO and Heavy Fuel Oil, and takes main engines efficiency to the next level; and the Methane Refrigeration System-Full Re-liquefaction (MRS-F) by DSME, which works with the high-efficiency X-DF engine to re-liquefy surplus boil off gas and returning it as LNG to the cargo tank. Both X-DF and MRS-F technologies will make LNG transport more efficient and economical.

To further deepen and develop the relationship with Uniper, MOL continues to take a proactive approach in adopting cutting-edge ship technologies to provide safe, high-quality and reliable transport services and to meet increasing demand for LNG transportation, while leveraging our experience and know-how accumulated as one of world's largest owners and managers of LNG carriers. 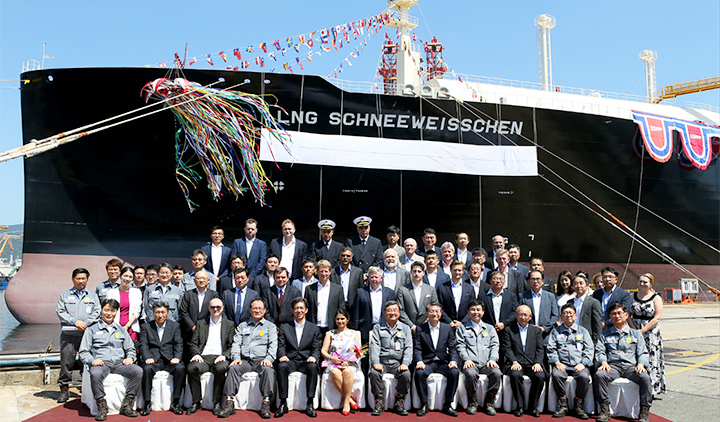