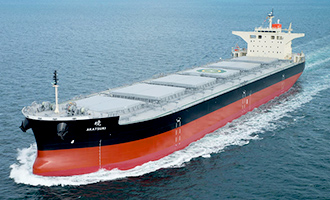 This new ship type was designed to optimize the transport of coal for power companies in Japan. MOL plans to add these advanced, efficient vessels to its fleet in succession.