The ship is slated for completion in 2017. MOL will manage the new carrier, which will transport LNG mainly from the Cove Point LNG Project in the United States to Tokyo Gas facilities.

The new LNG carrier will have a cargo capacity of 165,000m3 and feature the self-supporting prismatic shape IMO Type B (SPB) cargo tank, which was developed by IHI Corporation (headquarters: Koto-ku, Tokyo; President: Tamotsu Saito) and Japan Marine United. The SPB tank is a cargo containment system in which most of the cargo tank is covered by the hull. This environmental-friendly tank reduces water resistance, increasing fuel efficiency and reducing CO2 emissions.

MOL is involved in operating nine of12 LNG carriers owned and managed by Tokyo LNG Tanker, including this newbuilding vessel, and directly manages six of those nine ships. Drawing on its extensive experience as the world leader in LNG carrier ownership and management, MOL continues to take a proactive stance in offering LNG transport services that meet a broad range of customer needs. 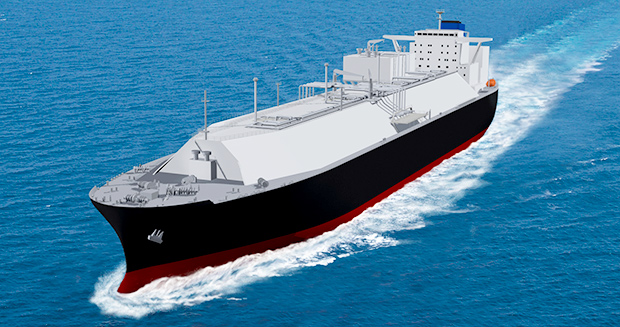 [Profile of a newbuilding LNG carrier]