In recent years, many car manufacturers have been aggressive in building and enlarging plants in Mexico, and it is estimated that automobile production will increase by more than 10% per year for the next several years. Around 3 million vehicles were produced in Mexico in 2013, about 80% of which were exported. As this trend shows signs of continuing, MOL launched the new services from both the East and West Coast of Mexico to the United States, the largest destination of Mexican made vehicles, to meet these increased customers' needs.

Furthermore, MOL will launch new car carrier service from the west coast of Mexico to the west coast of North America to offer transport from Lazaro Cardenas, Mexico, to San Diego-CA, Richmond- CA, Portland-OR, and Tacoma-WA in the United States, and New Westminster-BC in Canada which is planned to be a weekly service for some regions.

MOL assumes exports of automobiles from Mexico will continue to expand, and with our 50 years of experience in the car carrier operations, MOL offers continual improvements to the safety and reliability of the car carrier services to meet the rapidly growing demand for vehicle transport of the nation.

Calling ports on the new services 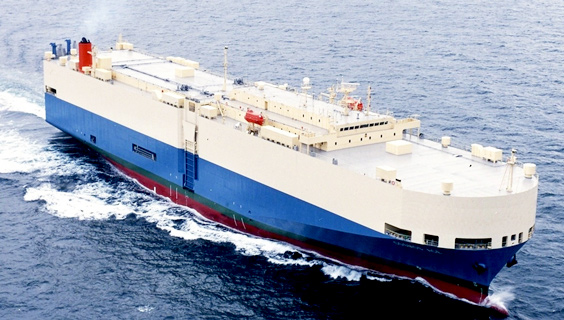