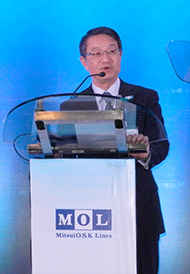 TOKYO-Mitsui O.S.K. Lines, Ltd. (MOL; President & CEO: Junichiro Ikeda) today announced that the company invited customers and others concerned to receptions in Mumbai and Delhi on November 16 and 17, respectively. In all, about 330 people attended the events, including MOL group business partners.

In his address to the reception guests, MOL President Ikeda noted that MOL views India as a region with huge potential for future growth, and as world's leading corporate group in multimodal transport, it is committed to meeting various logistics needs and increasing its group-wide recognition and brand power. He also highlighted "Reliability," one of the key words in the "MOL CHART" expression of MOL Group values, which was introduced in April.Ikeda expressed the group's determination to develop reliable services in India and meet customer needs through all of its business divisions, while eliminating the barriers among them.

Ties between MOL and India date back to 1912 when a representative office was established in Bombay (now Mumbai). For over 100 years since then, MOL has developed its businesses in India, centering on liner operations. In the bulkship division, MOL started land transport and yard operation for its car carrier business at the port of Ennore in 2010, and also took part in the Petronet LNG Project, which brought India's first imports of liquefied natural gas. Through these initiatives, MOL has steadily built a track record in India. Mitsui O.S.K. Lines Maritime (India), which started operation in 1995, is responsible for recruitment, training, and allocation of Indian mariners, playing a key role in ensuring the safe operation of MOL-operated vessels.

MOL, as the corporate group in multimodal transport continually takes a proactive stance in meeting various customer needs and contributing to economic growth in India and around the world. 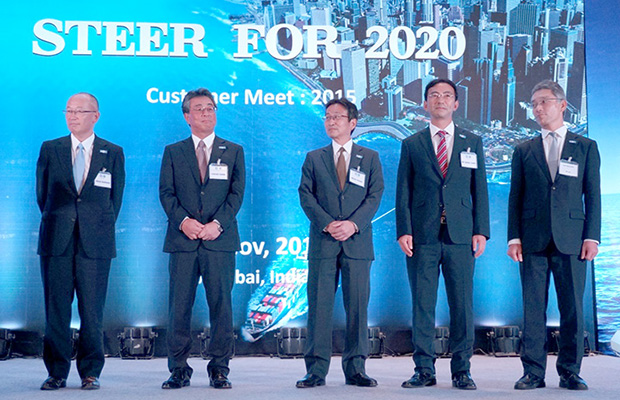