Thanks to MOPAS' efforts to meet customer needs and build strong relationships in arrival/departure ports and local areas, a total of more than 22,000 passengers from all over Japan have enjoyed these fly-and-cruise packages. Its efforts to develop new cruise markets and its leading role in the promotion of regional tourism were key to its selection for this award. 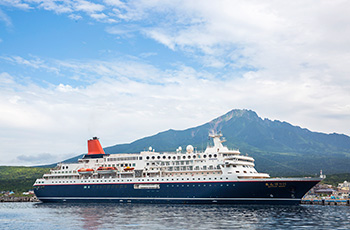 The cruise ship Nippon Maru
at anchor off Rishiri Island,
a calling port of "the Tonde Cruise Hokkaido" 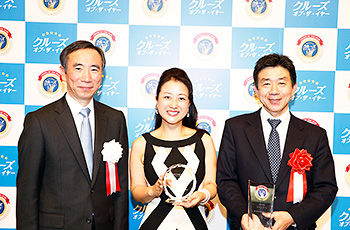