TOKYO-Mitsui O.S.K. Lines, Ltd. (MOL; President & CEO: Junichiro Ikeda) today announced that on March 8, it held a groundbreaking ceremony for a new merchant marine academy in Salitran, Dasmariñas City, the Philippines. It will be jointly established with Magsaysay Maritime Corporation (MMC) (*1), MOL's partner in the Philippines, and is scheduled to open in June 2018.

A large audience was on hand for the groundbreaking ceremony, including special guests from the city of Dasmariñas and from the Commission on Higher Education (CHED); from MOL, Chairman Koichi Muto and Senior Managing Executive Officer Masaaki Nemoto. Everyone in attendance prayed for the safe completion of the construction project.

In 2007, MOL started an onboard training program with its own instructors and crewmembers aboard its training ship Spirit of MOL (*2) with the objective of training seafarers to uphold MOL's high standards of vessel safety. In 2011, MOL introduced a 3rd Year Program under the Philippine government's Academe-Industry Linkage Program (*3) at the Magsaysay Institute of Shipping (*4), established by MOL and MMC in 1993. The program provides education and training to third-year students selected from partner maritime schools in the Philippines.

Filipino seafarers play an essential part in MOL's worldwide vessel operations, and their role is becoming ever more essential as the skills for safe vessel operation become more advanced and sophisticated. MOL will continue to recruit and train top-quality seafarers as it strives to remain a world leader in safe operation. The establishment of one of the world's largest merchant marine academies in the Asia/Oceania region is a major initiative in the company's ongoing drive to ensure operational safety in all areas of their business. 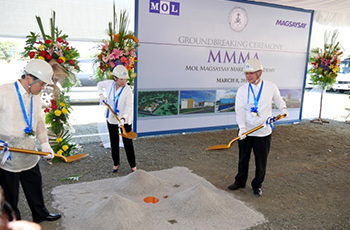 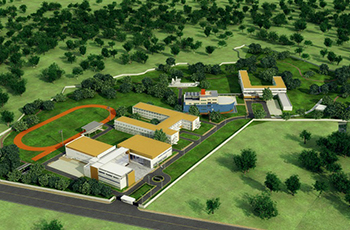 （*2）Over 2,200 cadets trained aboard the Spirit of MOL since 2007 when the vessel was operated as a MOL training ship.The vessel retired in 2013.

（*3）This is a national program in the Philippines aimed at helping qualified students attend school and fostering the development of a highly skilled industrial workforce.

（*4）The institute provides future seafarers with training and discipline. In 2007 it tied up with partner maritime schools in the Philippines to provide education and training to third-year students.