On November 24, Vladimir Rusanov, which started LNG transportation services for the Yamal LNG project in March(*2), completed unloading of Yamal LNG cargo to a lower ice class LNG Carrier named "Pskov". The two vessels were directly moored alongside each other during the STS operation in the calm sheltered waters of Honningsvåg. The fact that neither vessel was moored to the jetty was a unique feature of this STS operation.

The STS sets a new milestone in the transportation of LNG from the Arctic. MOL continues to take a proactive stance and remains focused on providing value-added transport services for its customers. 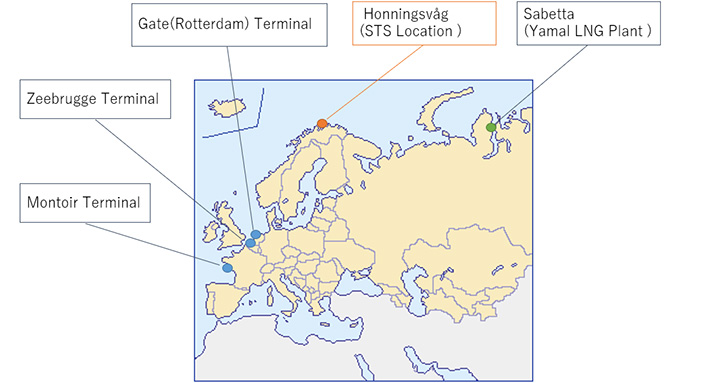 [ Photos taken during the STS at Honningsvåg ] 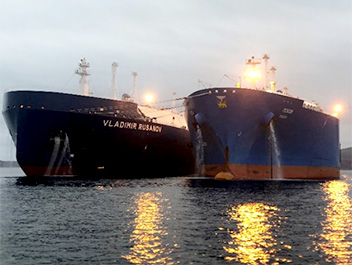