On watch-keeping during ship operations, mariners must first be able to see an object, and then judge whether that object poses a risk to the vessel. If that is the case, the vessel must take some action to avoid the risk, such as veering, slow steaming, and so on. The "Obstacle Zone by Target" (OZT) algorithm supports mariners' ability to spot objects and determine the whether they are potential risks.

Conventional collision avoidance is a highly skilled process based on maritime officers' experience and knowledge. However, by utilizing the navigation support system incorporating OZT, the vessel collision avoidance algorithm, a vessel can find an area where it can navigate safely. In addition, the system's bridge view display allows mariners to determine the positions of nearby vessels and decide which ones present risks.

MOL and its partners continue research and development (Note 1) toward realization of augmented reality (AR) technology (Note 2, Note 3), which overlaps displays of information from the Automatic Identification System (AIS) and radar, camera images from the bridge, and advanced navigation support systems, with the long-range goal of autonomous sailing and automatic collision prevention utilizing OZT.

MOL has moved ahead with advanced support of safe operation and reduction of its environmental impact, as set out in the "ISHIN NEXT-MOL SMART SHIP PROJECT-," started in November 2016, and aims to become customers' first choice as a logistics partner by applying ICT technology to improve service quality and efficiency. 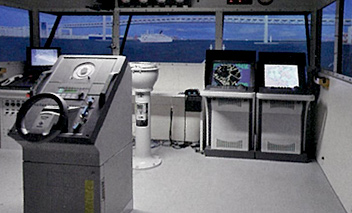 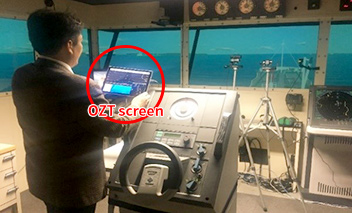 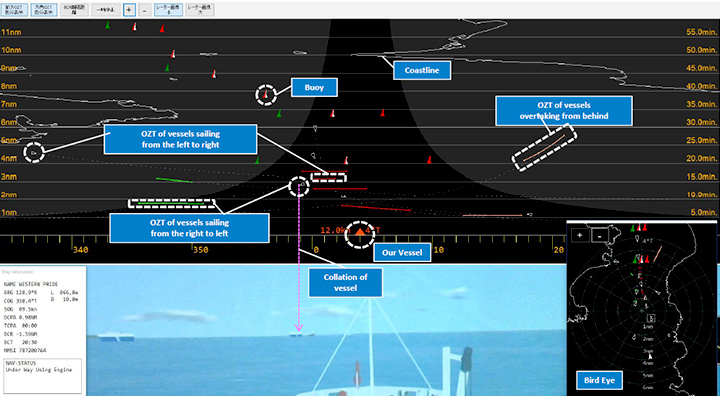